SEOUL, Sept. 29 (Yonhap) -- South Korea has confirmed 3,066 more cases of four major contagious variants of the new coronavirus over the past week, including 3,060 of the highly transmissible delta variant, health authorities said Tuesday.

The caseload of such infections reached 33,053 here, with the number of delta cases, first reported in India, tallied at 29,593, according to the Korea Disease Control and Prevention Agency (KDCA). 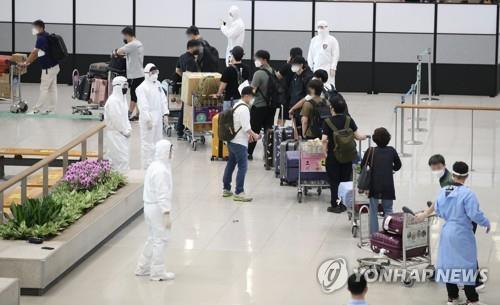 The tally indicates the delta variant is becoming the dominant strain of coronavirus here, making it more difficult for health authorities to curb the spread of the disease.

The delta variant is behind a recent spike in COVID-19 infections in Seoul and its neighboring areas while showing signs of spreading much faster into the rest of the country.

Health authorities said the country will witness more cases of the variants down the road.

The rate of variant cases detected through gene analysis came to 99.5 percent over the past week, up from 98.2 percent reported a week earlier, the KDCA said.

The corresponding figure for the delta variant was 99.5 percent, up from 98.2 percent a week earlier, according to the health authorities.

To block the inflow of the new emerging strain from India, entrants from the country are mandatorily quarantined at state facilities for seven days before being put under self-quarantine, depending on the results of virus tests.