SEOUL, July 4 (Yonhap) -- Doosan Bears'' catcher Park Sei-hyok is just moving out of the shadow cast by his father, Park Chul-woo, who was voted the 1989 Korean Series MVP for the Haitai (currently Kia) Tigers.

"I think it''s great for baseball when you see sons of former players do well," Park said Friday, after delivering a walk-off solo home run in a 2-1 victory over the Hanwha Eagles. The blast at Jamsil Baseball Stadium was Park''s first game-ending home run.

"It''s never easy being the son of an ex-player," Park said. "No matter how hard our parents try not to put pressure on our shoulders, there are always people who will do just that." 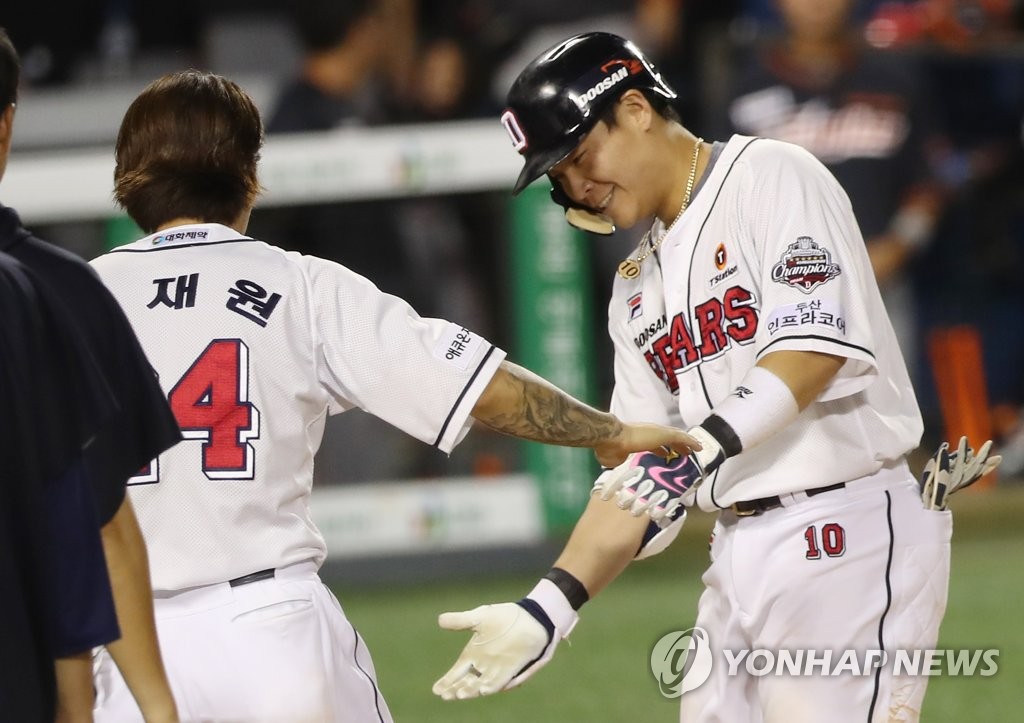 Park is in his second season as an everyday catcher with the Bears. Last year, he had an excellent Korean Series as the Bears swept the Kiwoom Heroes, and nearly joined his father as the Korean Series MVP. That would have made the Parks the first father-son duo to have that honor.

But Park isn''t the biggest name when it comes to second-generation KBO players. The distinction belongs to the Heroes'' outfielder Lee Jung-hoo, who won the Rookie of the Year in 2017 and is evolving into one of the league''s most complete hitters. His father, Lee Jong-beom, was the best all-around player in the 1990s. He batted .393 with 84 steals as a sophomore in 1994 and was the first KBO player with at least 30 home runs, 30 steals and a .300 average in a season in 1997 with 30 homers, 64 steals and .324.

Lee Sung-kon, outfielder for the Samsung Lions and son of former All-Star center fielder Lee Soon-chul, was batting a robust .375 in 18 games before Friday. 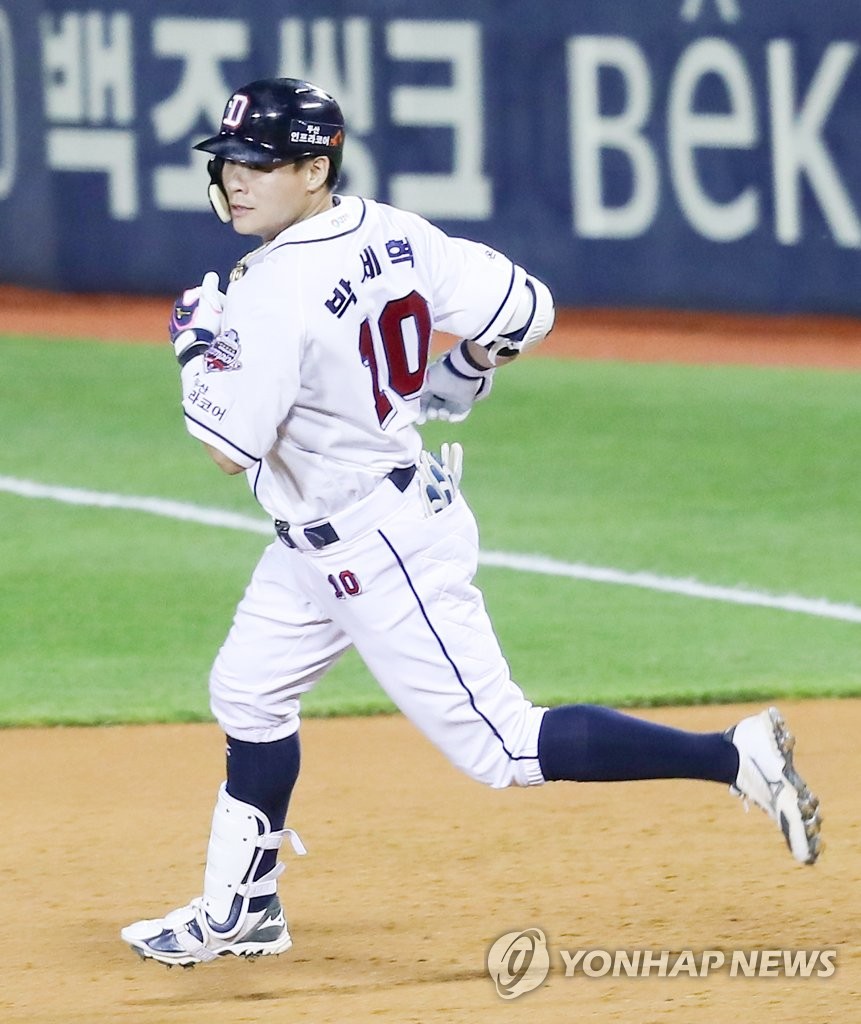 "It''s great to see new faces like Sung-kon play well this year," Park said of the outfielder who''d appeared in only 30 games combined over his past four seasons. "I hope those guys keep it up."

As for himself, Park said he is still a work in progress at age 30. He spent the first five seasons of his career as a backup, and he said there are times when his lack of experience catches up to him. The Bears have among the worst ERAs as a team, and both their rotation and bullpen have had issues. Park said he feels responsible for these woes as the starting catcher.

"As one of the older guys on the team now, I am trying to be the leader for our young pitching staff," Park said. "I want to make sure they can pitch with confidence and have fun doing so."

Park then added with a wry smile, "My older teammates have told me the more you learn about baseball, the more difficult it becomes. I am living through that right now."