SEOUL, June 8 (Yonhap) -- SK Telecom Co., a major South Korean telecom operator, said Tuesday it will wrap up the testing of a next-generation traffic system in Seoul by the end of this month as it seeks to accelerate efforts to develop self-driving technology based on its high-speed 5G network.

The telecom operator has been testing the traffic system, named the Cooperative-Intelligent Transport System (C-ITS), with the Seoul metropolitan government since early 2019 and has installed 1,735 5G sensors across the city''s major roads spanning 151 kilometers to monitor traffic data.

SK Telecom said it plans to complete development of a platform next year that will provide the data collected from the system to navigation companies. 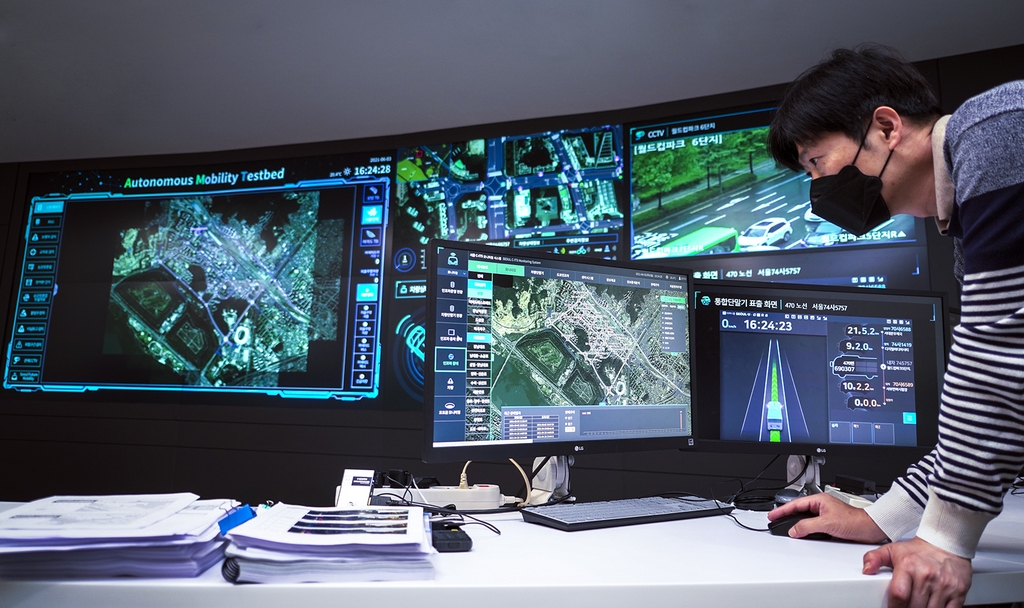 Through the data collected from the sensors, SK Telecom said it has sent an average of 43 million notifications a day of pedestrian information to vehicles.

SK Telecom said it has also created a high-precision map that is able to provide traffic information by installing 5G advanced driver assistance systems on 1,600 buses and 100 taxis that move about the city.

The technology is able to recognize road traffic information in real time, in which the data is analyzed by artificial intelligence technology to power self-driving vehicles.